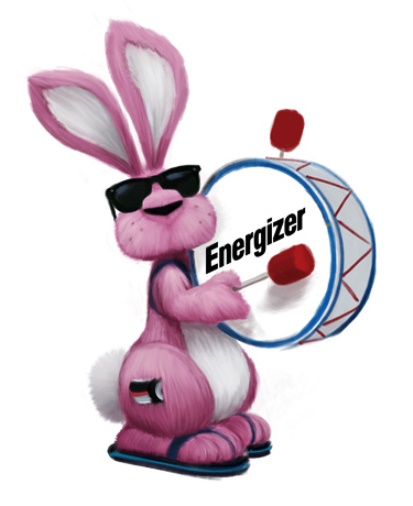 What’s the Energizer Bunny playing his drum have to do with Elvis? Not much. But there is some resemblance to Laid-back Elvis Hound Dog playing his guitar. 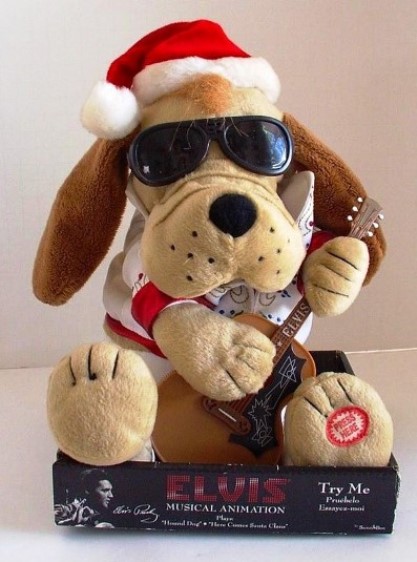 Maybe what we need is an Energizer Elvis Bunny playing guitar. 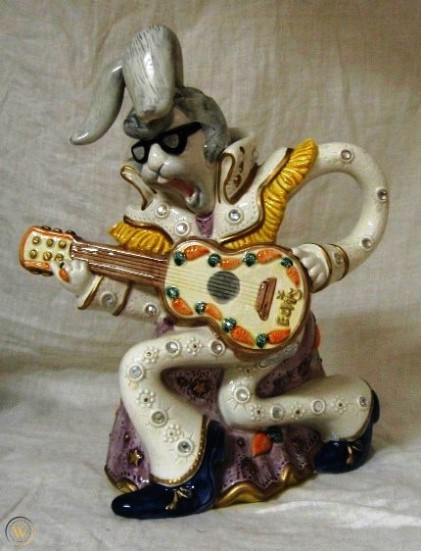 The August 13 Graceland Auction had some interesting collections of 1956 pins worn by Elvis fans. These pictures were blown up from tiny images, so they are a little fuzzy.

“I like Elvis” was a popular theme, and the message was done with several different designs. 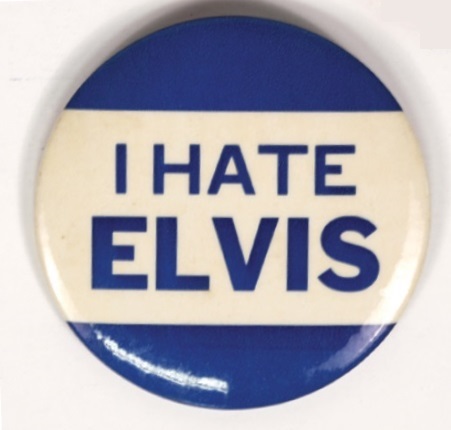 They even made pins for the folks that didn’t like Elvis.

Here are some other interesting themes. 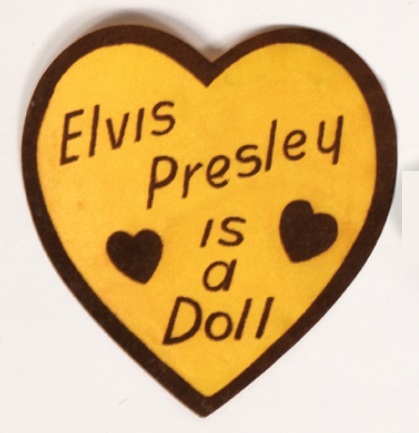 This has to be my favorite pin message. 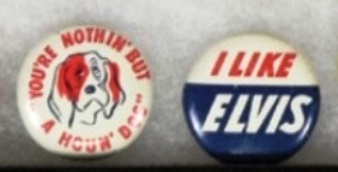 Song titles connected with Elvis seem to have been popular, too. 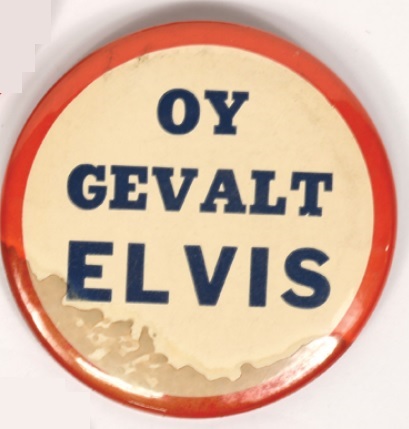 I had to look this one up in a Yiddish Slang Dictionary. It said, “Exclamation of shock or fear. This is similar to the expression ‘oy vey’ but with a larger sense of doom.” So Elvis caused some people to feel a sense of doom??? Give me a break

You good fans will remember this was Elvis’ character’s name in Jailhouse Rock. With the help of Peggy Van Alden (Judy Tyler), Vince became a recording star. He and Peggy founded Laurel Records, and these picture sleeves represent the first three records Vince released during the movie. Here are the fake 45 RPM records in paper sleeves used during filming.

This record had significant screen time in the movie. Note that this sleeve is actually autographed by Elvis. 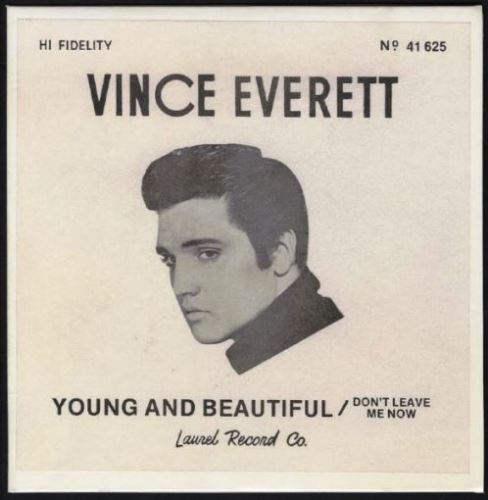 Elvis sang all five of these songs in the movie, making Jailhouse Rock one of his best sound tracks. The sixth song in the movie was “I Want to Be Free,” which I ranked #7 on my Top 10 list of Elvis songs in a 2012 post. 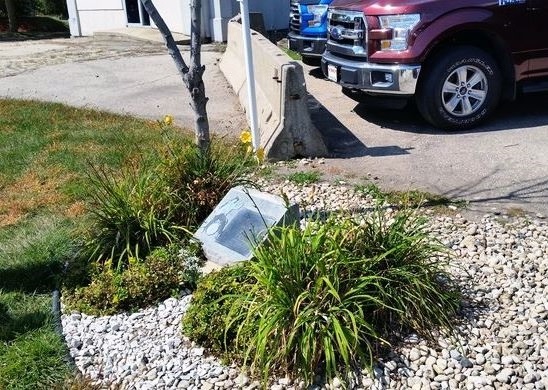 On June 24, 1977, while riding from the Madison, Wisconsin airport to his hotel, Elvis noticed a street fight in progress at E. Washington Ave and Stoughton Road. It was two young men pummeling a teen on the ground.

While his limo was stopped at the nearby red light, Elvis ran from the car and threatened the combatants with a classic karate stance, and reportedly yelled, “I’ll take you on.” The young men recognized Elvis and stopped fighting in favor of shaking hands with the star. Elvis reportedly left after ensuring that everything was settled and taking time to shake hands with several onlookers. 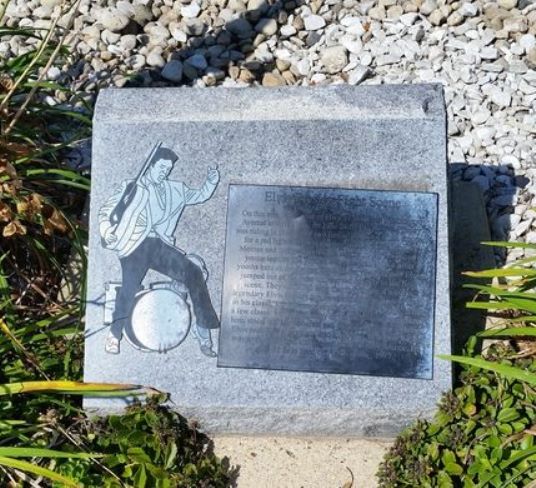 A plaque to commemorate the event was installed at the site. It shows Elvis with a guitar and describes the incident. The plaque is not in good shape now. A metal plate bearing a description of what happened that day has been pried from the stone. But the image of Elvis, remained on the marker.

Elvis had flown into Madison for a performance at the Dane County Coliseum, part of his final tour. Unfortunately, his death came just 53 days later 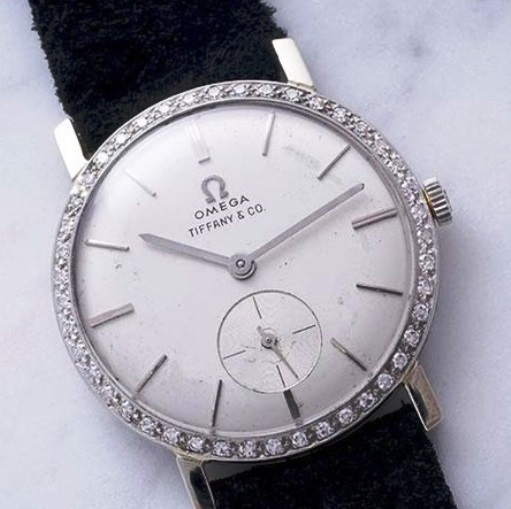 It set a record price for the any Swiss Omega watch brand ever sold. Wow.

The timepiece sold for 18 times the highest estimate. Wow

The watch is a manually winding, 18ct white-gold Omega Calibre 510, adorned with 44 round diamonds. It features the logo of Tiffany & Co – the company that originally sold the watch.

My son and his fiance treated themselves to a long weekend trip to New York City, and they took in a musical at the Al Hirschfeld Theater. His name sounded familiar, so I Googled him and found out he was regarded as the greatest caricaturist of the 20th century. 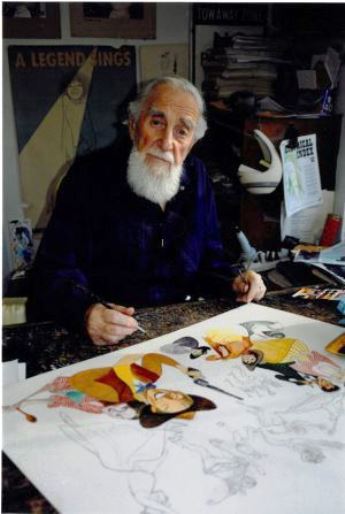 His biography included samples of his incredible drawings of famous people, including Elvis Presley. Here are three of the best. 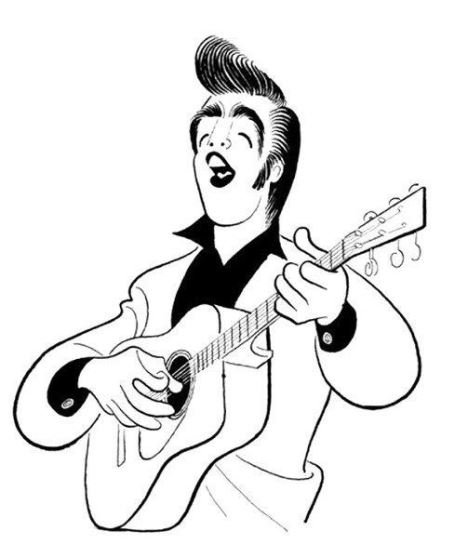 This is regarded as the first published caricature of Elvis. It appeared in the July 6, 1956, issue of Collier’s magazine to illustrate a column criticizing the singer and his fans. 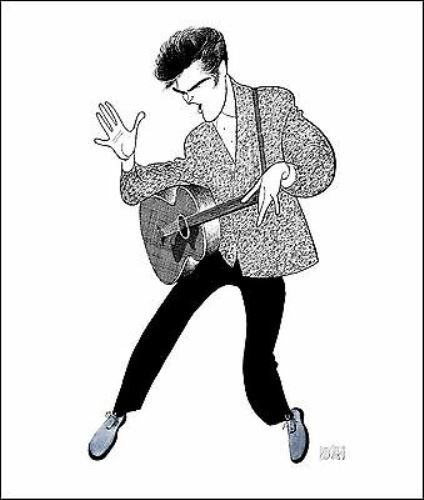 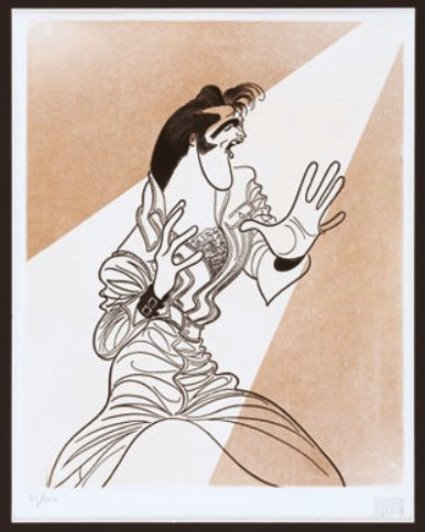 A version of this drawing was published by The New York Times on December 1, 1968, in anticipation of the broadcast of the NBC-TV special Elvis two days later. This version was used to make limited-edition lithographs. An autographed copy sold at Heritage Auctions for $2,500. 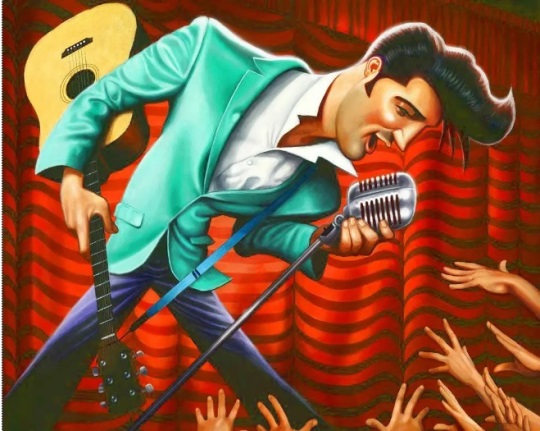 That Al Hirschfeld link led me to another site with almost a hundred cool Elvis caricatures, and I had never seen 75% of them before. I can’t wait to do a blog post on the best ones.

Posted in COOL STUFF OUT THERE IN ELVISWORLD, IMAGES, Main Page, PRODUCTS BASED ON ELVIS, THE MOST UNUSUAL ELVIS ARTICLES ON THE WEB