Memories of Elvis — by his High School Classmates, Part 3

We’re all still sticking around our homes and everybody has had to figure out stuff to do all day.  So, here’s something to read.  The last in the series of Elvis’ classmates telling their remembrances of him.

Posted on June 9, 2012  by Phil Arnold
.
This is the third installment of Elvis memories by his classmates at Humes High School in Memphis, excerpted from the excellent website www.humeshighclassof53.com, which was created in 2003 as his graduating class approached its 50th reunion. Many members of the class of ’53 contributed their memories and thirty-six of these contained mention of Elvis. I hope you will find them fascinating. 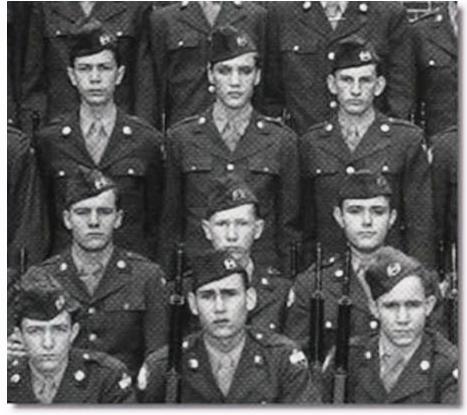 “Elvis Presley was in Miss Scriverner’s home room with me.  She was always bragging about how he would make it big one day.  When he won the talent show singing “Old Shep”, she went on and on about it for days.  Little did we know that what she predicted for Elvis would come true in such a huge way.”

“I gave Elvis $4.00 to make his first dub [acetate] at Sam Phillips’ Sun Records.  It took him two months to get up the courage to do it.  My idea was to make the record and knock on radio station doors to get it played, and hopefully find him a singing job.

“Elvis was very unsure of himself in the early days of his career.  He would call me to ’round up’ the bunch (about 16 total) to come to where ever he was to perform.  He was afraid there wouldn’t be anyone there if we didn’t come.

“I had a good time travelling, double dating, etc. with him until he went into the Army.  He is still the only singer I listen to. I own the original dub [of “My Happiness” and “That’s When Your Heartaches Begin”] along with the music rights to it. I have allowed RCA and Disney to publish the music mainly so the fans can hear the two songs, which I felt, were very good. The record has all the elements that later developed into his personal style.  I also still have the first commercial disc out Of the labeling machine, which Elvis signed for me after I pulled it out of the collection box.”

“I never dated Elvis, but we were good friends.   I helped him pass a couple of subjects.  He came to my house once with some of my other friends and wound up being the life of the party.  When I was riding the bus to school every morning, I would usually see Elvis sitting  at the corner of Alabama and Poplar, listening to a black man in a chair playing a guitar.  He wanted to play and sing like that man. He was a country boy with big dreams.  After he became famous he did something to thank every person who ever helped him in any way.” 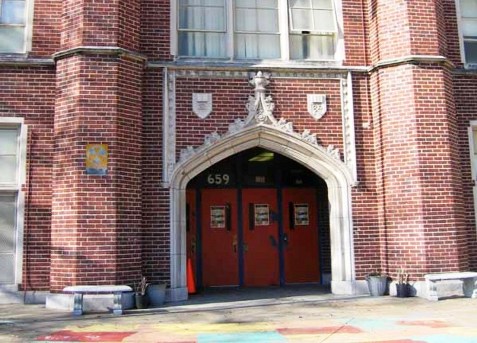 “After church on Sunday night, my friends and I liked to go to Leonard’s Barbeque on Bellevue and then to East Trigg Baptist Church to listen to the spirituals.  The church had a special section for white visitors.  Elvis Presley was often there and occasionally sang with the choir.  Other Elvis stories:  He was in the study hall where I called the roll.  As soon as I called his name he would get up and leave.  Then I would go downstairs to cashier in the lunch room.  He was usually my first customer and always bought the same thing – two ice cream sandwiches.

‘One night he showed up at a school event wearing black clothes and pink socks.  Miss Richmond didn’t recognize him and asked me who that rogue was.  Later she liked to brag that she always knew that Elvis would make it big.”

“We were both Mississippi boys who had come to the big city.  We understood each other.  We had shop together in the 10th grade.  When we weren’t working on our project, we spent our time in the bathroom pitching pennies.  Elvis got so mad one day that he punched the shop wall and almost broke his hand.  I never saw him do that again.”

“Elvis was in my 12th grade homeroom with Mrs. Scrivener.  She was not particular about whether we sat, stood or wandered around as long as we showed up for roll call.  Elvis would lean on a desk and just pass the time of day with everyone.  We all knew that he was different, very, very, different.  But, we all had the same goal of graduating and getting out in the real world.  We later found out just how different he was.”

“My favorite high school memory of Elvis came when I was playing in the senior band.  The band put on a minstrel show and I was one of the end men cracking jokes and doing skits.  My name was at the top of the program in capital letters.  Elvis was half-way down listed in smaller letters as “Elvis Prestly, Guitarist”.  They misspelled his name.   I guess that is my big claim to fame, that I once had top billing over Elvis.”

“I took my younger sister and 2 brothers downtown to either the Loew’s Palace or Loew’s State one time early in Elvis’ career.  Elvis came to see the movie.  He sneaked in one of the exit doors with a bunch of guys after the movie started so he wouldn’t be mobbed by fans.  When they were finding seats, my little sister looked up, recognized him and yelled, “It’s Elvis!”  No movie that day for Elvis or his friends.  They left quickly.”

“I thought of when the English class read Macbeth.  Miss Jennie Allensworth assigned the part of Macbeth to Elvis Presley, who promptly said, “Aw, Miss Jenny, you know I can’t read.”  Of course you know who was assigned Lady MacBeth, not only was I embarrassed about the part, but the words I had to read.  Nevertheless we both survived it.  Apparently Elvis was much better in his role than I was.

“There was another memory about Elvis about ten years after graduation.  I had taken a group of junior cheerleaders, which included my sister Donna, to Graceland.  Elvis came out on the porch and greeted us and the cheerleaders did their “Elvis shake” (the old Humes High shake) for him.  I had my annual with me and he asked to borrow it for a while and when he returned it, he had written “To Billie Ann, Many Thanks, from Elvis Presley.”  When asked, I never tell what he was thanking me for.  I just smile coyly.”

(Written in memoriam by George Blanchet, Humes High Class of 1954)

“During his senior year, Larry and I had Miss Moss’ 5th period American Problems class together with Elvis Presley.  One day Miss Moss got so fed up with Larry and me she told us to take the rest of the day off and go to the athletic room.  She allowed Elvis to tag along.  The three of us went riding in Larry’s red 1940 Studebaker that didn’t have a reverse gear.  During our ride around town, we went somewhere to get Elvis’ guitar; he sat in the backseat playing and singing.  Larry and I were both impressed with his songs, although I was more impressed, I think.  Larry wa also a talented singer.  We talked about the upcoming talent show where Larry and I were appearing with several boys doing gymnastic things. Elvis said, ‘I’ll warm them up for you.’  When the night came, he did warm them up!  After a couple of scheduled songs, the audience response demanded he sit on the apron and sing a few more.  The show really finished when Elvis did, but we went on and performed our act without much distinction.”

“I remember Elvis as a polite guy.  He would speak each time we would pass in the hall.  I can still see him dressed in a pink shirt trimmed in black and black pants with a pink stripe down the side along with his famous sideburns, that strand of hair in the middle of his forehead and ducktails in the back.  THAT WAS ELVIS!”

“Glee Club was a favorite class because I truly enjoyed singing.  In April 1954 I sang ‘Because of You’ at the annual talent show.  I heard Elvis play his guitar and sing and was surprised by how much talent he had.  I think his performance was the reason I asked him to sign my yearbook.”

I hope you found all of these memories of Elvis as interesting as I did.