Getting A Vaccine Shot – Elvis Style

Did you see this photo of Vice President Mike Pence getting his Covid 19 vaccine shot yesterday? The news commentary suggests that this might help assure folks who are jittery about getting it.

But did you know Elvis did the same thing for the Polio vaccine? 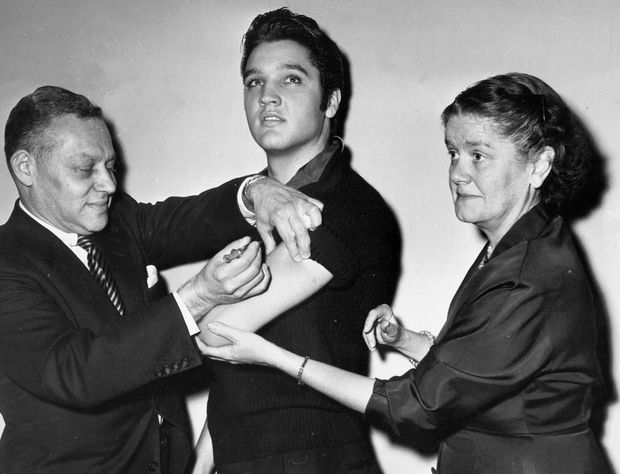 During a period when polio plagued the country, Elvis received a polio vaccine on live TV during a 1956 airing of The Ed Sullivan Show.

While most children were getting vaccinated at that time, many teens and young adults didn’t think they were at risk from polio and were reluctant to get the vaccine.

As a young, healthy celebrity, Elvis’ decision to publicly get the vaccine was intended to be major push for teens and young adults to get vaccinated themselves. There is some agreement that his action was a catalyst in getting younger adults to understand the importance of the shot.

This helped slow the highly contagious disease of polio, which was eventually eradicated by the vaccine Dr. Jonas Salk developed in 1955.

Here are two photos of Elvis goofing around prior to getting the shot.

I posted this photo years ago on ElvisBlog, but I didn’t know the details. 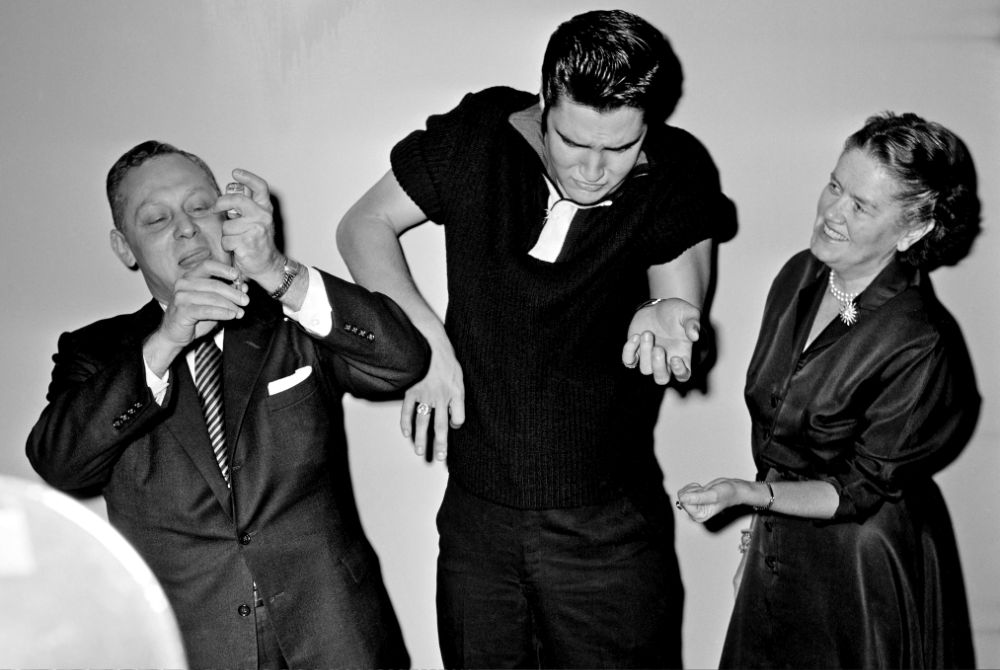 This one is brand new to me.

Anyway, we can all be proud of Elvis for his contribution to the elimination of polio.